MindCheck is the Weekly Wednesday Kids Mental Health series with Dr. Ray Pataracchia N.D.  MindCheck provides in depth information on the orthomolecular approach to coping with mood, behavior and psychotic disorders.  The MindCheck Health Series is endorsed by the Mindful Network – ‘A Better Future for Children’s Mental Health’. 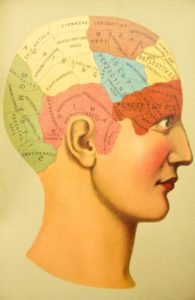 As is depicted in this illustration, the brain is responsible for a diversity of mental faculties. Orthomolecular nutrition provides a means for treating the diversity of psychotic symptoms that we see in schizophrenia.

The goal in orthomolecular treatment of schizophrenia is to treat psychosis early and intervene with the aim of reducing severity.

Here in this blog I describe the type of symptoms that are assessed when using the Positive and Negative Syndrome Scale (PANSS), the gold standard tool for assessing symptom severity in schizophrenia.

Our standard of care service uses HOD testing to assess symptom severity.  The NMRC offers PANSS assessment as a service but  HOD testing is easier to use clinically and quite helpful in assessing symptom severity in schizophrenia and also, mood and behavior disorders.  The HOD test factors in time distortions as a component of psychotic symptoms.

In psychosis it is important to look at symptoms to gain a sense the severity of the suffering.

The development of the PANSS was initiated by Lewis Opler in 1979;  this psychometric test was created, clinically tested, then normalized with the efforts of Dr. Stanley Kay and others.

PANSS assessment is useful for assessing the severity of symptoms early or late in the course of schizophrenia and as a means of monitoring treatment progress during treatment.  Because it is an accepted standard in the assessment of psychotic disorders it is an excellent tool for reporting symptoms and facilitating collaboration between medical professionals.  The diversity of symptoms assessed leaves you with an objective view of the nature of presenting symptoms.

A Closer Look at the PANSS

Each of the 30 scale items assessed in the PANSS is rated on a 7 point scale and the higher the rating the more severe the symptoms; 1=absent, 2=minimal, 3=mild, 4=moderate, 5=moderate severe, 6=severe, and 7=extreme.

Positive Symptoms Assessed with the PANSS

Disorganized thought processes where the sequence of thoughts are disrupted by thinking that is tangential, circumstantial, inappropriate, unsupported, illogical, irrelevant, disconnected, blocked, or incoherent.

Hallucinations are disruptions of sensory information not based on cues from the external environment.  Hallucinations are alterations of the perception of the sense of hearing, vision, touch/feel, taste, or smell.

Exaggerated opinion of oneself or an unrealistic conviction of superiority derived from delusions of having extraordinary abilities, knowledge, wealth, power, fame, or moral righteousness.

Exaggerated or unrealistic ideas of persecution as evidenced by guardedness, distrust, hyper vigilant suspicion, or the presence of delusions that others are out to harm them.

Here below is a list of the remaining PANSS items.

Negative Symptoms Assessed with the PANSS

Lack of Conversation Flow or Spontaneity