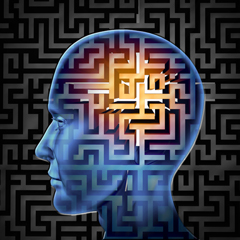 Is behavior influenced by nutrition? … Yes, nutrients can definitely influence behavior.  Here we discuss the wisdom of looking at whole body nutrition with a particular focus on behavior syndromes.

MindCheck provides in-depth information on orthomolecular and naturopathic approaches to achieving mental and physical health.  This series by Dr. Ray Pataracchia ND is endorsed by the Mindful Network – ‘A Better Future for Children’s Mental Health’ … Here we see a nutrient and lifestyle perspective on health syndromes that when treated benefit both the body and the mind.

Behavior involves mood, thinking, and perception, and nutrient imbalances are associated with all three of these components.  When we think of addiction, ADD/ADHD, OCD, ODD, and learning problems we think of behavior disorders.

With behavior disorders it is not uncommon to see an imbalance in what I call the primary syndromes — protein deficiency, thyroid/adrenal dysfunction, under-methylation, and heavy metal toxicity.  These are discussed in my review on mood and behavior disorders and in my five part series on kids mental health.  Herein I will discuss other behavior nutrient syndromes; these include low cholesterol, copper/zinc imbalance, and niacin deficiency.

Low cholesterol is often overlooked and it is a common lab finding in kids with behavior problems.  I find low cholesterol in about 35% of the kids that I treat.  Kids with poor animal protein intake are prone to this syndrome.

Cholesterol is the scaffold for hormones so kids that are low in cholesterol may have problems making vitamin D and hormones.  Vitamin D is closely involved with calcium and serotonin metabolism.  Hormones that are essential in maintaining normal behavior include thyroid hormone, cortisol, and sex hormones.  Thyroid hormone is needed so brain cells have the green light to manufacture neurotransmitters.  Cortisol is needed to launch a response to stress and it needs to be provided as needed in appropriate amounts throughout the day.  Sex hormones in both males and females have a direct effect on behavior and they are co-factors at a DNA level alongside thyroid hormone.

Note that eggs are high in cholesterol and can help immensely in this syndrome.

What about Copper Deficiency?  Copper is important for development and is common in behavior disorders.  Often we see kids and adults with poor motivation who are low in copper.  Copper is often low in fast oxidizers.  Copper is found in meat, fish, avocados, soy, legumes, and nuts.

Zinc Deficiency is also very common.  Zinc is involved in global neurotransmitter production along with B6.  Zinc is highly concentrated in meat, eggs, fish, and potatoes.

Niacin is a critical behavior nutrient because it is a stress buster involved in taming the over-production of neurotransmitters (e.g. adrenaline) when they are released reflexively during stress.  Often Vitamin C is needed as well to prevent the breakdown of excess neurotransmitters into forms that are not useful and/or toxic.  Niaicn in ADD and Schizophrenia and  Post-Traumatic Stress can be very helpful.